Changing the way people learn about money and credit.

Innovation as a service

A gamified financial and credit literacy programme designed for emerging market consumers in partnership with Experian, the leading global data insights company. Built in Angular inside a native container on an AWS backend. 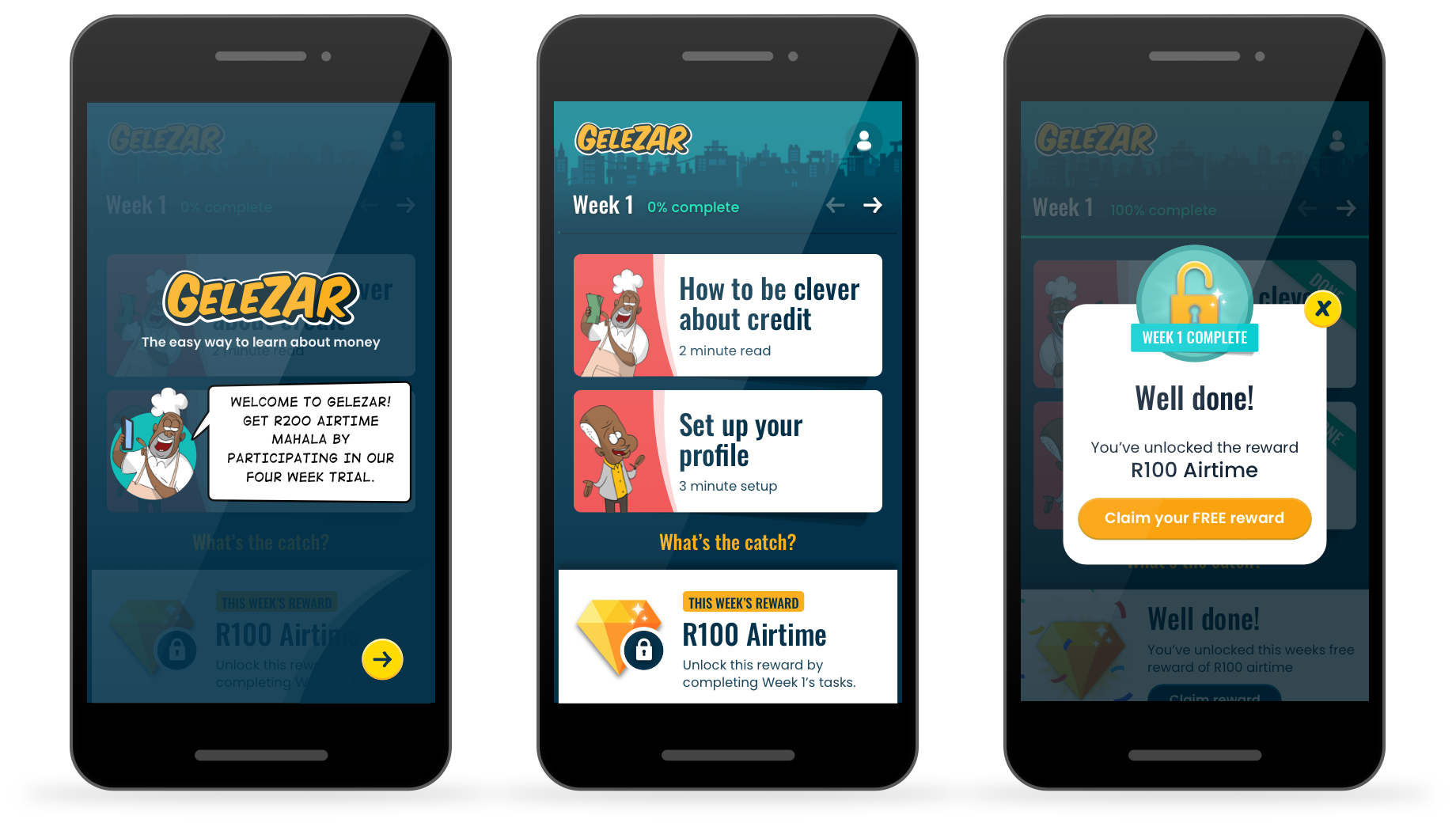 Our client on this project was Experian, a leading global credit bureau and data insights provider, who approached us to design and create a series of experiments to test the hypothesis that low-cost smartphones had the potential to become a new channel for consumers and micro-entrepreneurs traditionally excluded from formal credit markets because of the lack of a credit score. An additional hypothesis was to test whether allowing consumers to opt-in to the sharing of smartphone data could lead to the development of an “alternative” credit score.

After a series of ideation and experimentation workshops, the team decided to test the concept of a financial literacy programme with modules on topics such as saving, budgeting, financial planning and the role of credit scores as a means of access to credit and financial services. Users would also be given the option of sharing smartphone data to create an alternative credit score.

Given the novelty of the experiment, and that Experian had little brand recognition in the target market, the team decided that a fresh and unique brand for the concept would be necessary. As part of this effort, a series of familiar, local cartoon characters were created to take users on a financial literacy journey via a digital classroom.

The result was GeleZAR (or “money school” in township slang) with characters like Chef and Sporo, brought to life by well-known local cartoonist Mdu Ntuli, who, in a series of humorous cartoon modules, led users through tutorials on subjects like good and bad debt, how to save, how to set financial goals, how to budget and how to run a small business.

The app was developed as a web app using the Angular framework which was in turn embedded into a native Android container so that an Experian SDK could be included in the app. Angular was chosen because as a Google developed framework the development team felt this would allow for rapid, inexpensive development while also performing well on low-cost Android devices. On these kinds of devices any saving on processing power and memory would be an advantage.

Launched in December 2019 on the Google Play store, the experiment yielded many important insights on what users saw as valuable and these have now gone into the design and development thinking around future products and services, specifically aimed at this segment in markets across Africa.

Got an idea that you'd like to chat about?